The Global Day of Kobanê is getting closer ! Check out for actions and activities in your towns and villages. Daesh and other Islamist groups are still threatening the lives of women and men in the region, and Afrin is still under siege of Turkey and its Islamist allies. We need to show solidarity with those who resist their fascist ideology and who defend the emancipatory project of Rojava. Therefore the Kobanê Reconstruction Board calls for action and solidarity:

“Our resistance against darkness is continuing in a more determined manner. Just as we resisted against ISIS, our freedom-loving struggle which defends a solidary life against the same ISIS mentality and system represented by Turkey’s fascism, which aspires to suffocate and hold hostage humanity in the Middle East, continues on behalf of all of humanity.

Now is the time for everybody to rise back on their feet more powerfully. Now again is the time to increase our unity and international solidarity against darkness. All streets and squares must be enchanted by the colorful voices of peoples against fascism and against the ISIS mentality. Now is the time to defend the freedom of Afrin, the freedom of Leader Öcalan, to vitalize the memory of Kobane’s resistance fighters and to act in their spirit.

Once again, we call on all peoples, women, oppressed classes and identities, all those brutalized and excluded by capitalist modernity, to salute the Kobane resistance on World Kobane Day of 2018 by condemning the occupation of Afrin and by defending the freedom of Leader Öcalan!”

Read all of the Call for Global Day of Kobanê 1 November 2018 and join actions ! 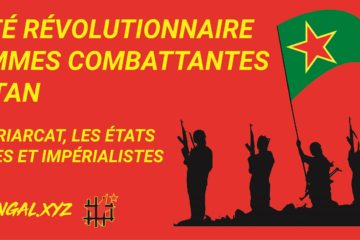 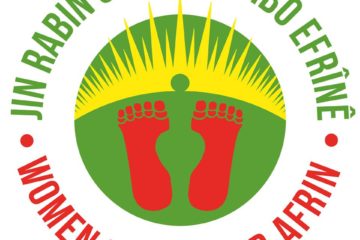 In Afrin, the Kongreya Star, the Kurdish Women’s Movement of Rojava, launched the global solidarity campaign #WomenRiseUpForAfrin. Read the call in English